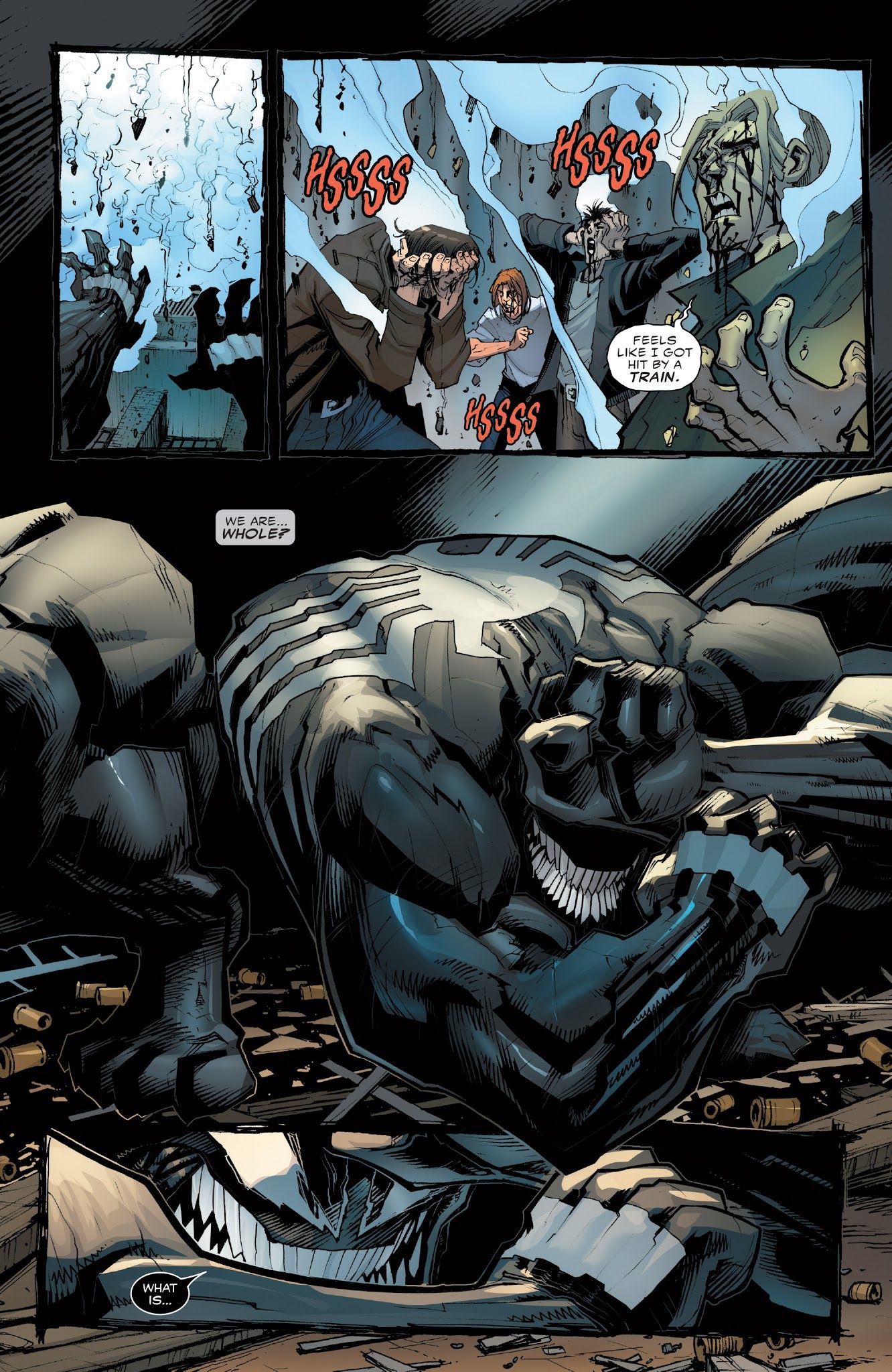 JavaScript must be enabled to use this site. Please enable JavaScript in your browser and refresh the page. The next Weekly Auction will open for bidding Monday January We have the world's largest selection of Batman comic books and graphic novels. Please browse through the title listings below or use the search bar at the top of this page to quickly find a specific title.

This item is not in stock.

If you use the "Add to want list" tab to add this issue to your want list, we will email you when it becomes available.

This collection is perfect for bedtimes and on the go! In this collection of twelve action-packed stories, the World's Greatest Detective takes on the Joker, the Penguin, Catwoman, and more!

With five minutes of awesome, read-aloud adventure in each story, full-color illustrations throughout, and a sturdy padded cover, this storybook treasury makes anytime the perfect time to serve up some justice!

Written by Grant Morrison. Art by Frank Quitely and Frazier Irving. Cover by Frank Quitely. Art and cover by Dave McKean. The inmates of Arkham Asylum have taken over and are demanding Batman in exchange for their hostages.

Accepting their demented challenge, Batman is forced to endure the personal hells of The Joker, the Scarecrow, Poison Ivy, Two-Face and many other sworn enemies in order to save the innocents and retake the prison. Collects Batman: Dark Victory Written by Jeph Loeb. Art and cover by Tim Sale. It is early in Batman's crimefighting career, when James Gordon, Harvey Dent, and the vigilante himself were all just beginning their roles as Gotham's protectors.

Once a town controlled by organized crime, Gotham City suddenly finds itself being run by lawless freaks, such as Poison Ivy, Mr. Freeze, and the Joker. Witnessing his city's dark evolution, the Dark Knight completes his transformation into the city's greatest defender.

He faces multiple threats, including the seeming return of a serial killer called Holiday. Batman's previous investigation of Holiday's killings revealed that more than one person was responsible for the murders.

So the question remains: who is committing Holiday's crimes this time? And how many will die before Batman learns the truth? Hardcover with Slipcase , 9-in. In this new Absolute edition by the team of writer Jeph Loeb and artist Tim Sale, Batman faces off against his most demented and wicked foes. 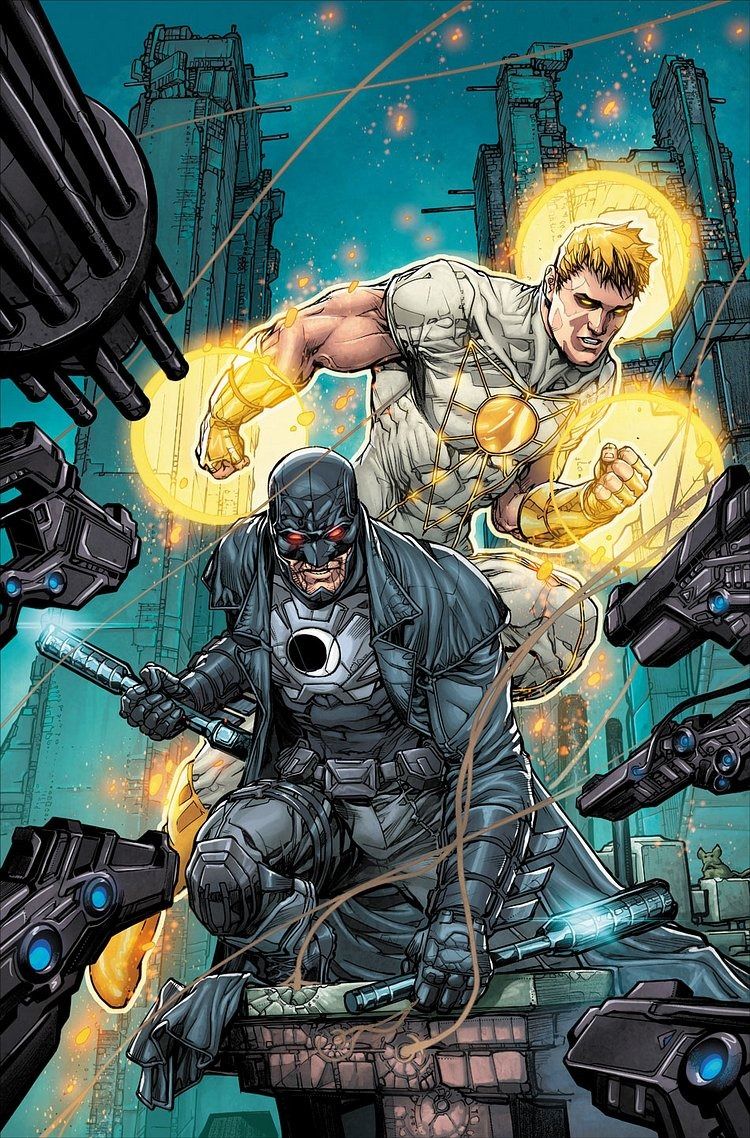 Taking place on the most evil of holidays, Halloween, the Dark Knight confronts his deepest fears as he tries to stop the madness and horror created by Scarecrow, the Mad Hatter, the Penguin, Poison Ivy and The Joker.

Collects Batman The year-long "Hush" - an epic tale of friendship, trust, and betrayal that spans a lifetime - reinvigorated the Dark Knight, pitting him against the deadliest members of his Rogue's Gallery and introducing his newest foe!

Art by Yanick Paquette. Cover by Chris Burnham. Grant Morrison's Batman saga is collected here in its entirety! But as soon as Batman creates his own crimefighting force, another organization rises to challenge him: Leviathan. As the war between the two forces reaches its apex, Bruce Wayne will face the greatest tragedy of his life. Collects Detective Comics Written by Scott Snyder. Art by Jock and Francesco Francavilla. Cover by Jock. Plu, the corpse of a killer whale shows up on the floor of one of Gotham City's foremost banks, setting a deadly mystery in motion!

Hardcover with Slipcase , pages, full color. Collects Batman 2nd Series Art by Greg Capullo and Jonathan Glapion. Cover by Greg Capullo. The explosive "Court of Owls" storyline gets the Absolute Edition treatment! It all begins when a series of brutal murders rocks not only Gotham City to its core but also the Caped Crusader himself when the prime suspect is one of Batman's closest allies - Dick Grayson! After a series of deadly discoveries, Bruce Wayne has learned that the Court of Owls is real - and a deadly threat out to control Gotham City!

One of the most highly anticipated sequels of all time is collected in a new Absolute edition! In a world gone awry, left in the aftermath of the toppling of Lex Luthor and the apparent death of Batman himself, who will save Gotham City and the rest of the planet from the mysterious Master Race? This Absolute edition includes the entire nine-issue series with each issue's minicomic presented at the same size.

Ten years after an aging Batman retired, Gotham City has sunk deeper into decadence and lawlessness. Now, when his city needs him most, the Dark Knight returns in a blaze of glory.

Written by Alan Moore and Brian Bolland. One of the most popular graphic novels of all time, this twisted tale of insanity and perseverance is presented as an Absolute Edition for the first time. Looking to prove that any man can be pushed past his breaking point to madness, the Joker attempts to drive Commissioner Gordon insane. Refusing to give up, Gordon struggles to maintain his sanity with the help of Batman in a desperate effort to best the madman. 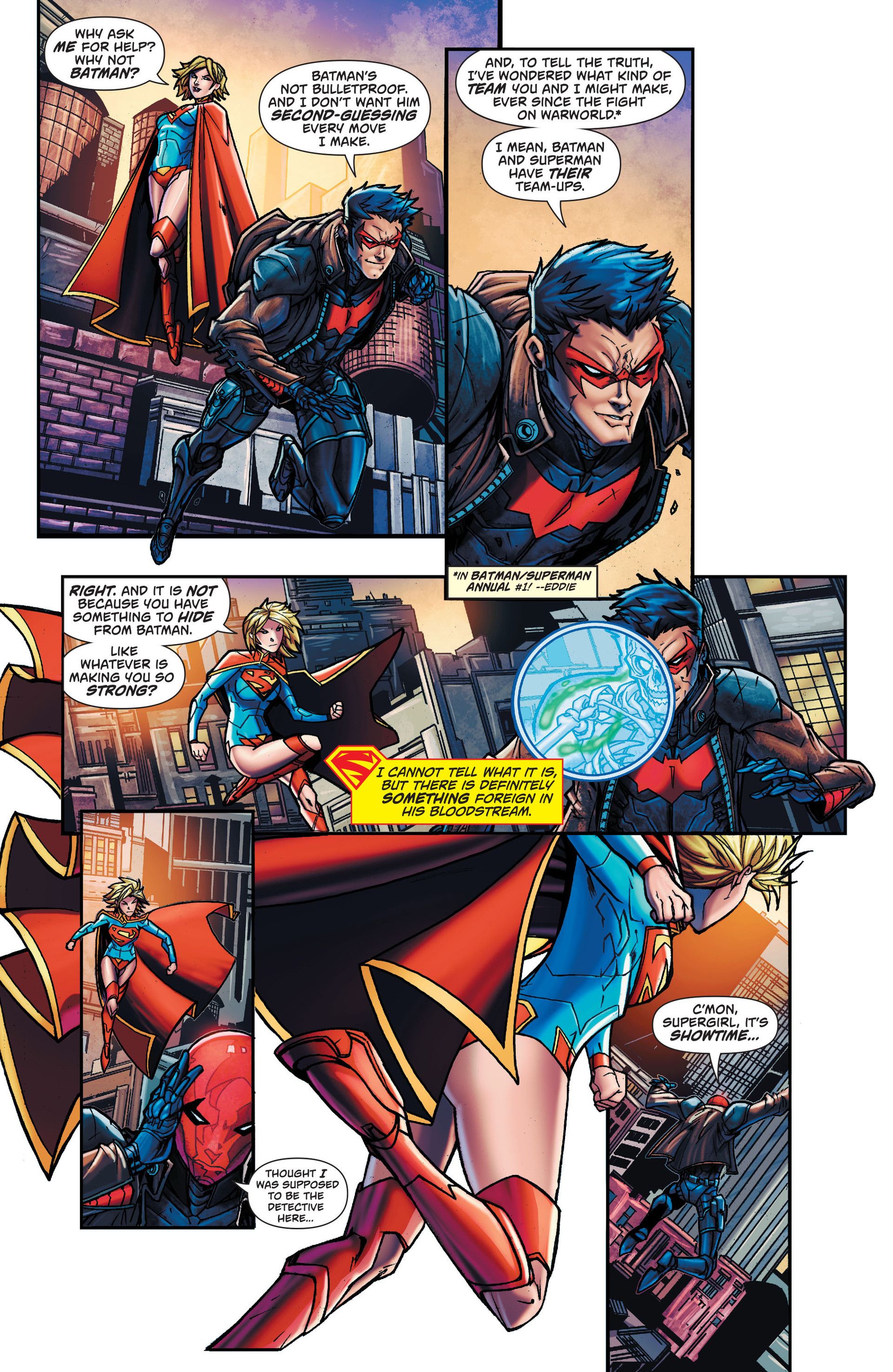 Collects Batman: The Long Halloween plus tons of extras. As the Dark Knight struggles to find an elusive, mysterious serial killer who strikes only on holidays, he discovers no shortage of suspects in a Gotham City beset by mobsters and freakish costumed criminals, any one of whom could be his prey. Art and cover by David Mazzucchelli.

The first volume will reprint the recolored version of the story from previous collected editions, remastered with new, high-resolution scans of the original coloring by David Mazzucchelli and Richmond Lewis. The second volume will reprint the original version of the story as it ran in BATMAN , reproduced from scans made by Mazzucchelli and Lewis from the printed comic book pages, presented on stock that simulates the look and feel of the original comics.

This volume will include Miller's complete scripts and Mazzucchelli's complete pencil layouts for all four chapters! Together, the two volumes will include more than 60 pages of bonus material, including everything seen in the existing hardcover and trade paperback collections.

Hardcover 2 Volumes with Slipcase , 9-in. Written by Brian Azzarello. Art by Lee Bermejo and Mick Gray. Cover by Lee Bermejo. Hardcover 2 volumes with slipcase , 9-in. Volume 1 - 1st printing. Collects Superman Batman The iconic Super Heroes unite when Lex Luthor, now president of the United States, accuses Superman of a crime against humanity, and assembles a top-secret team of powerhouse heroes to bring Superman in-dead or alive.

And in the second story, prepare for the arrival of Supergirl! Batman has discovered something strange on the bottom of Gotham Bay, which leads him to a mysterious and powerful teenaged girl bent on destroying Gotham City! Volume 2 - 1st printing. Written by Jeph Loeb and Sam Loeb. 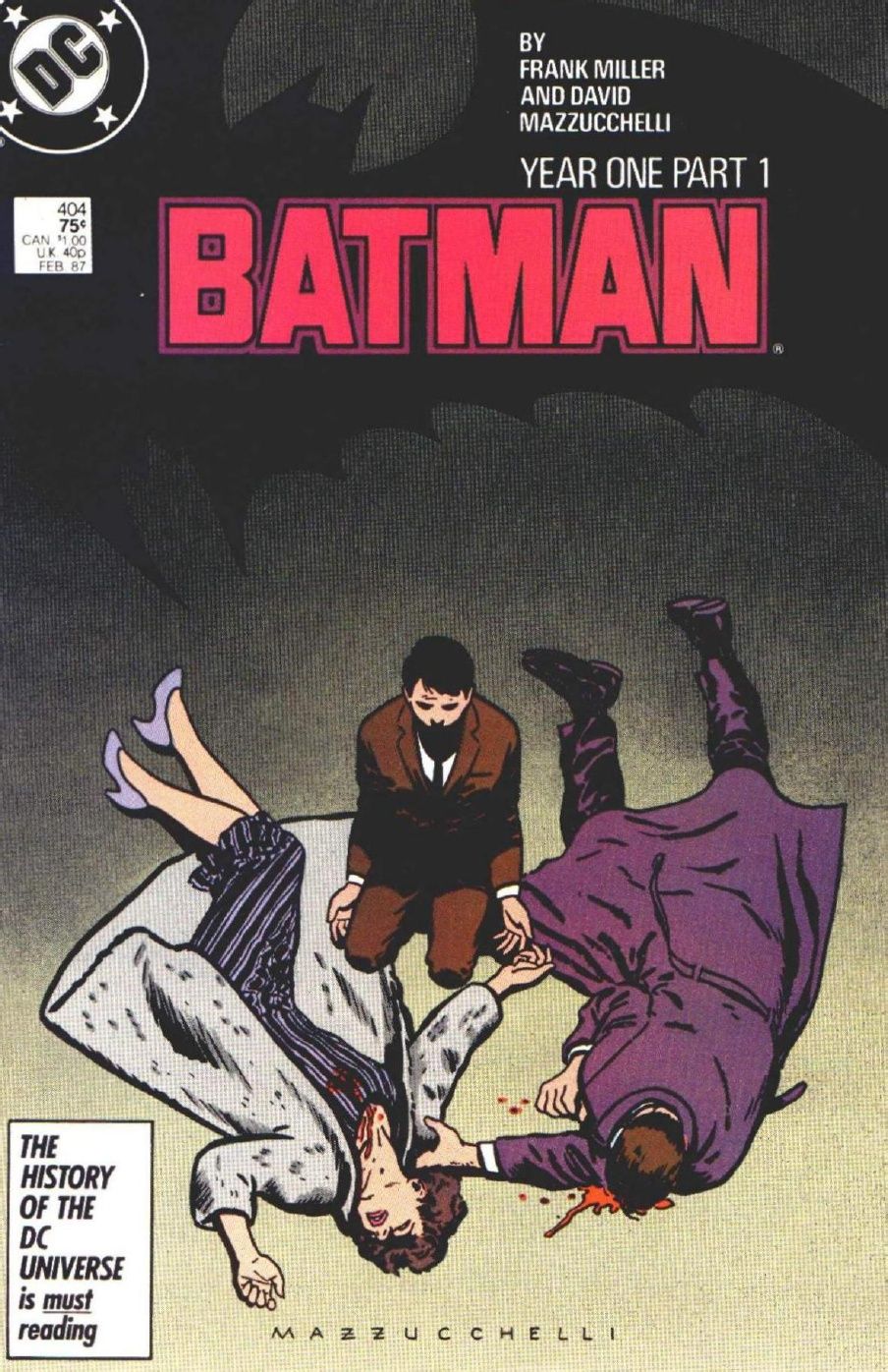 Art by Carlos Pacheco. Cover by Brian Bolland. The World's Finest join forces in a reality bending tale. Superman and Batman rule the Earth with an iron fist, with humanity bending to their will. Rock, Haunted Tank, and many more. Includes the star-studded issue 25, which features the work of Geoff Johns, Brian K. Centerfold Bat poster is missing from this copy. Over rare and never-before-published photos black and white.

This copy still has Bat poster in centerfold. This looks like a job for the Dynamic Duo, Batman and Robin.