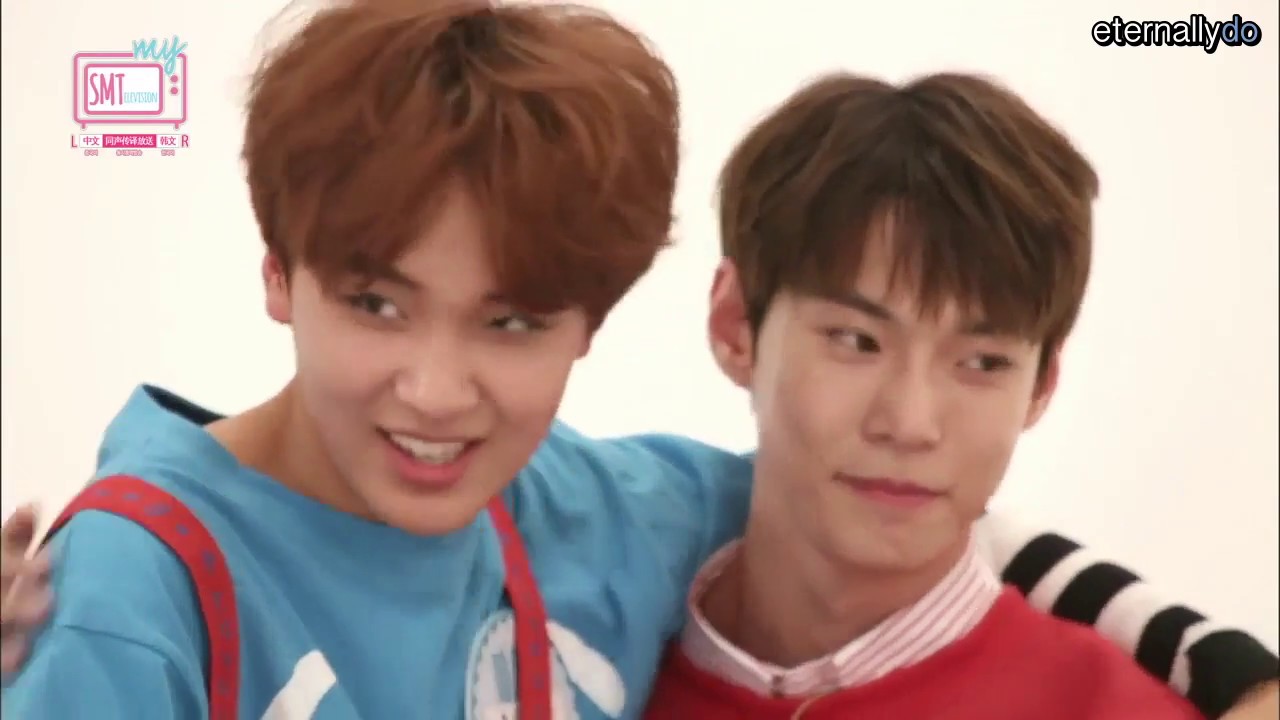 Hello everybody! I had to, no, I was obliged to do this, because NCT's debut finally happened, after 84 years. If you're waiting for unbiased review with a good amount of criticism Sorry not sorry, you've been warned.

SMRookies are my children and what kind of mother is unbiased when it comes to her child? I've been waiting for their debut for so long and I still can't believe I'm doing a review for it right now, seriously. 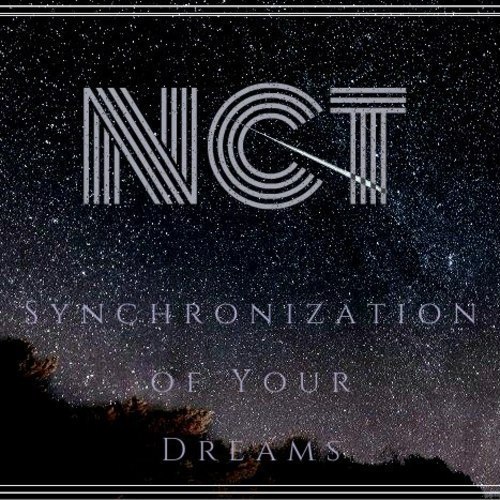 So, before I start to cry again, let's jump into the review already. By the way, I will not touch "Without You" by vocal trio in this post, because that blissful song deserves its own post. So no Taeil hyung here, I'm so sorry Such interesting sound makes "7th Sense" stand out from the bunch of other songs already, but the song itself is amazing on top of that.

The electric guitar riffs in the beginning of the song caught me off guard, like I'd never expect hearing guitar in trap song. 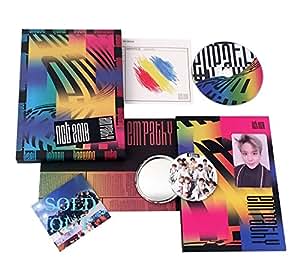 I really like how the song keeps changing, it keeps your interest. The structure, the arrangement, the performance.

Everything was top-notch and it had some fresh and new flavor, unusual even. And it's not because I've listened to it bazillions of times already. The teaser version sounds more cohesive to me, it flows better and the tempo seems perfect.

With the addition of quite psychedelic music video, you feel like you're intoxicated or drunk - everything is so slow and blurry. Plus, the new vocal performance is not nearly as good as the old one, in my opinion.

SM_NCT # 2. Synchronization of your dreams

It was so weird to hear how some parts were sung by other members, seriously. But nevertheless, it still was an amazing composition I'm probably just biased towards "Synchronization Of Your Dreams" after all. The music video is everything you would expect from SM. Box, random sets, bright colours and beautiful human-beings in the midst of that all.

But it still was amazing. Everything seemed so neat and relevant. I was digging the whole psychedelic theme with acid bright colours and trippy video effects. It was aesthetically pleasing in some way. Also, the simplicity of the video gave a great opportunity to concentrate on the guys and the choreography, which is sick, by the way.

The boys looked amazing, not as great as during pre-debut era though, just sayin', but still amazing. The concept is a big component of everything SM release and in K-Pop overall actually.

There should be a distinct concept to sell a product in K-Pop, so choosing a concept for debut is extremely important. But this time, SM stayed away from complicated concepts, surprisingly.

If we compare it to EXO's debut concept with thought-out superpower thingy, this concept was quite But simple is not necessarily bad, am I right?

I loved the simplicity of the concept. The concept was "loud" enough to not distract you from the song, it was rather fitted into the song to compliment it in the best ways possible. Such a great move, SM, I'd never expect that from them, to be honest. Honestly, the amount of TaeYong in "7th Sense" surprised me a lot. TaeYong was the one who got the most promotion during pre-debut times, he is sure the favorite of SM.

But he was shown as much as other members and it made me happy, to be honest. Well, TaeYong was expectedly badass in "7th Sense". His rap, dancing, stage presence Everything was at high level. Enough said. Ten has always been the most loved member of SMRookies, at least internationally.

And there is a reason - Ten is incredibly talented and charming person. I expect him to be one of the most popular members.

But in my opinion, "7th Sense" didn't make any justice to him. First of all, his hair. How cruel a person should be to create such a catastrophe on Ten's beautiful head, like why. Anyways, Ten still struggles with Korean, so his part in the song sounded awkward, poor baby.

But everything else was awesome, his incredible dancing and charisma are just mind-blowing. It's Chittaphon, duh. Oh, bunny boy DoYoungie was the one who snatched me the most in "7th Sense" and I'd never expect that.

Like DoYoung is DoYoung, that bunny is never rude, but the transformation in "7th Sense" was something. First of all, his deep "ibame deotchileulhae ooh yeah" Oh lord, have some mercy.

It's my favorite part in the entire song, it just sounds incredibly addictive.

And all the ad-libs DoYoung did throughout the song were mesmerizing, like his voice is a magic, I'm telling you. And he looked absolutely gorgeous, as expected.

Now about bae JaeHyun. Jae, I expected you to take me to the next level, son, but DoYoung made it instead of you. It's okay though, I still love you. Well, I've said it before, JaeHyun is my favorite vocalist out of SMRookies, but it seems like this kind of song didn't really suit his voice.

But he still was amazing throughout the whole thing, like it's a living perfection Jung JaeHyun, of course. And SM, buddy, I thought we were over Jae's ramyun hair, like can you stop disfiguring these beautiful kids? Ah, Mark I am so proud of my little pumpkin Mark. I can't believe the baby that was in "Mickey Mouse Club" with other baby rookies has debuted with his hyungs, I just can't.

I feel bitter over my baby OT5, but I need to get over it Markie was so awkward in "7th Sense", it was quite unexpected. Like such words as "Lee Mark" and "awkward" should never be in the same sentence, because Nevertheless, his awkwardness was so adorable, such a precious baby.

And his rap was a pure blessing, so was his dancing. His artistic leg though, stole the whole show, it was the best part of the MV, we gotta admit it.

The deep meaning behind it, the aesthetics of it And it gave me a new identity, by the way, I'm Lee Mark's artistic leg and I'm proud to say that. Overall, I am sincerely impressed by NCT's debut.

I am so, so, soooo happy they finally debuted.

SM_NCT # 2. Synchronization of your dreams

I got so emotional during these past few days, like I can tear up suddenly when I start to think about my boys finally pursuing their dreams on stage. I just love them so much, god. And if Yuta doesn't debut in the next sub-unit, I will break into Lee Soo Man's house again and strangle him with my Osaka shirt I bought just because of Nakamoto, goddamnit, Yuta. I guess I should end it here before I start to bawl. I hope that it is the beginning of something beautiful, both for boys and us, and I hope that they will have a long and stellar journey as a group ahead.

They deserve everything. Please, support these babies and and other babies who haven't debuted yet as well. Thank you for your attention! Didn't even notice Ten was awkward btw he just sounded normal. I was watching Mike's reaction, is that his name Mike? And he said they used auto tune on the vocals I didn't even notice that O. Ten's pronunciation was awkward, and hence the flow was kinda weird if you compare it to SOYD.

Mark is my pumpkin and I am his leg, we have a special connection, so no. He is my child.

I will never get tired of him!!! Never enough i need more Taeil!! You're accusing me of something I haven't done, again. This website saves cookies to your browser in order to improve your online experience and show you personalized content.