The major selling point for me was one of the stars they advertise on the front cover is Iron Mike Sharpe. So after an intro that looks like it was put together on a rigged Commodore 64 and a theme song brought to you by hitting the random button on a Cassio keyboard, we get an interview with Nikolai Volkoff.

The Iron Sheik has apparently accused Volkoff of double crossing him and nailed him in the back with a chair. Tonight the Sheik will learn what payback from getting stabbed in the back behind his back is like to get it back, or something like that.

Then we get the Democratic rebuttal from the Sheik.

He calls Volkoff a stooge for America who double crossed him and mother Russia. Look at Sheik, Sheik in best shape of his life. Praise Allah. Words to that affect. Motion has some Jersey mall trash with him.

The matches take place outside under a tent and the guys enter from what looks like a country club main building. A sign over the entrance says Maccabi USA. 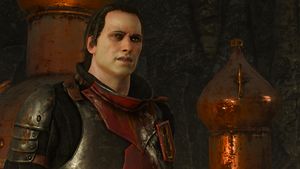 After the entrances we jump to Motion blocking a hip toss into one of his own and then following with an arm drag and a dropkick. The cameraman is terrible as he constantly gets the referee in the way of the action. Darling takes a body slam and rolls to the floor. Darling is slingshot back into the ring from the apron. Motion clotheslines him back to the outside.

Darling teases taking a walk, so Motion planchas out onto him and then throws Darling back into the ring.

Motion gets an armdrag and works the arm. They do a standing switch on a rear waistlock and Motion bucks Darling to the floor. In a smart bit of continuity, Darling was expecting the sling shot, blocks, and sends Motion to the ground. They brawl on the outside. Back in the ring, Darling drops Motion throat first over the top rope and rakes the eyes. He scores a knee lift off the ropes.

Darling tries it again, but Motion drops low for a cradle for two. Darling explodes up with a clothesline. Darling drops an elbow and chokes Motion out on the mat. A backbreaker gets two.

Motion flips out of a backdrop suplex for a sunset flip for two. Darling gets a clothesline and a leg drop for two. Ace comes off the top to get punched in the gut.

He takes a backdrop. Motion gets a mullet toss across the ring. He follows with a nice sequence of an inverted atomic drop, into an atomic drop, into a Russian leg sweep with a float over for two. A swinging neckbreaker backed with a leg drop gets two. Motion runs into a back elbow in the corner. He then nails a body press to put them both over the top rope.

They brawl outside. Darling throws Motion in and goes up. Motion recovers to dropkick Ace to crotch himself and nails a superplex. That would have been enough, but then they do a needless crisscross and Motion finishes with a belly to belly suplex. I like some of the continuity they showed, but the match was overall just some moves strung together and there were too many dead spots.

Sharpe argues with the referee over wearing his leather wrist guard, saying he has medical clearance for it. Like a good old school heel, Sharpe stalls his ass off. Sharpe complains of the crowd making too much noise as the crickets chirp and the tumbleweeds roll by. They finally lock up and Sharpe runs to the apron on a hammerlock. Sharpe wants a test of strength, but comes out of it with an arm wringer.

They go to the opposite corner and do it again. Sharpe takes a powder, but eventually returns. Sharpe chops the Kid in the corner. Sharpe whips him from pillar to post. He eventually misses a charge and Kid gets a rollup fro two. Sharpe complains of trunks pulling. Kid does the old school ropewalk and hammers the arm on the mat. Kid tries it again, but Sharpe kicks the rope so the Kid crotches himself. Nutcracker, and Kid rolls out.

Kid pulls Sharpe down and gives him a crotch shot into the post.

From the Bowery: Grandmasters of Wrestling: First Blood Vol. 2

Sharpe sells it anyway for a near fall. Sharpe works the Kid over in the corner. A backdrop gets two. A try for another gets a sunset flip for the Kid for two.

Kid leaps over a charge in the corner and flips Sharpe for another two count. Sharpe avoids a dropkick and loads up the armband.

Sharpe avoids a charge into the corner and wallops Kid with a forearm for the win. Kid attacks Sharpe after the bell. The face pop for Sharpe is priceless. It picked up toward the end, but the rest of the contest was pretty disjointed. You can tell that Sharpe was walking the Kid through the match and his old school heel tactics are way outdated. On whose authority is my question. Dallas is like the female version of Sharpe as she stalls forever and demands silence from the crowd.

She kind of looks like a female Iron Mike to now that I think about it. Dallas shoves out of some lockups to start and complains of hair pulling. Blue finally has enough and shoves her over. Dallas bails. Dallas gets a rear waistlock, but Blue fights out of it into a hammerlock and a well deserved spanking for Dallas. Blue works the arm, while Dallas screams her damn head off. Blue slams Dallas on her rear and she bails.

Back in the ring, Dallas does this Paul Blart roll into a leg pick and works a toehold. Blue technically rolls out of it into a figurefour, but it takes a few minutes to figure it out.

Dallas turns it over and makes the ropes. Dallas works a headlock and tries to hide the hair pulling.

Blue then gets a hair pull snap mare with no admonishment and works a chinlock. Dallas powers up and Blue bites her in the ass. Yeah, this match bites my ass. Dallas tries a running knee lift, but Blue bails. 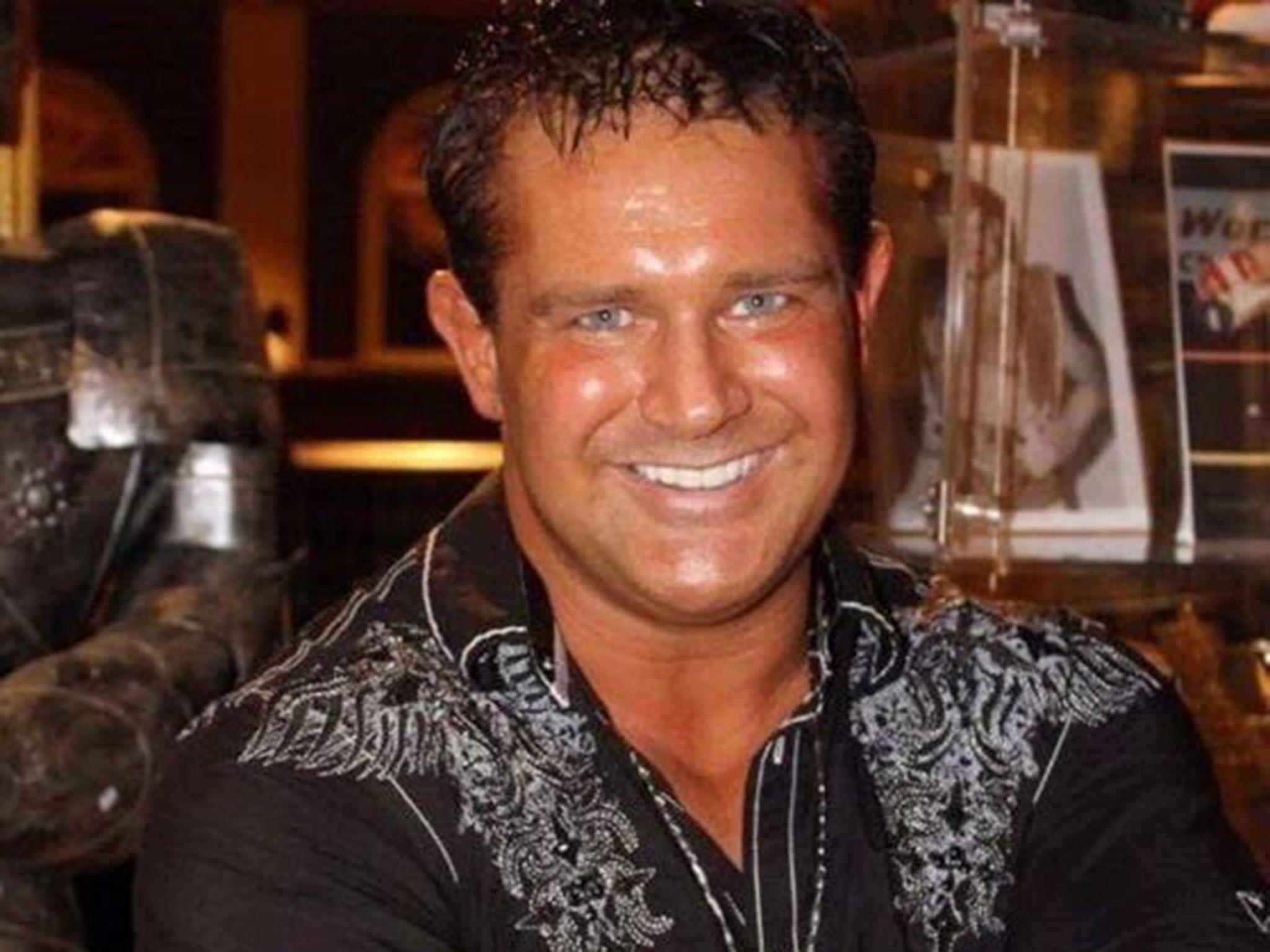 Dallas tries to kick her and Blue grabs her leg and wrenches it over the bottom rope while getting leverage from a fan. Dallas takes over back in the ring and gets a jackknife pin for two. The girls exchange super wedgies.

Blue finishes with an airplane spin. It had more botches than a match with Jeff Hardy rocked on painkillers. The Sheik has some guy that looks like Father Guido Sarducci in drag with him as a manager. Volkoff has some blonde chick with him.