Check the book if it available for your country and user who already subscribe will have full access all free books from the library source. When a bus driver takes a break in this hilarious Caldecott Honor-winning picture book, he gives the reader just one instruction: "Don't let the pigeon drive the bus! Will you let him drive?

DIVFinally, a really big book you can say "no" to! Pigeon is an unflinching and hilarious look at a child's potential for mischief.

In a plain palette, with childishly elemental line drawings, Willems has captured the essence of unreasonableness in the very young. Needing to brush his teeth, a bus driver asks the reader to make sure that the pigeon goes to bed on time--but the bird has many excuses about why it should stay awake.

Includes pages of highly interactive activities. This title helps you make a pigeon finger puppet, build a paper bus, make your own driver's licence, and you can even create your own Pigeon book starring.

From the satirical masterminds behind the "New York Times" bestseller "Goodnight Bush" comes this scathingly funny political parody of the contemporary children's classic "Don't Let the Pigeon Drive the Bus!

The Pigeon really needs a bath! Except, the Pigeon's not so sure about that. Besides, he took a bath last month! It's going to take some serious convincing to try and get the Pigeon to take the plunge. Here comes trouble!

A super-dooper picture book featuring the one and only Daisy! Daisy does NOT like peas. Mum says she can have an extra pudding, a chocolate factory or a space rocket with double retro laser blammers - but it just won't work!

Can quick-thinking Daisy save her tea time and come up with a cunning plan to turn the tables on Mum? This is a wickedly funny book about dinner time which will appeal to fussy eating children and their despairing parents! When Gerald the elephant and Piggie realize that they are in a book, they decide to have some fun with the reader. In Simplified Chinese. Distributed by Tsai Fong Books, Inc. The pigeon really, really wants a puppy, but when a puppy arrives the pigeon changes its mind.

In Traditional Chinese. Annotation copyright Tsai Fong Books, Inc. Gerald is careful. Piggie is not. Piggie cannot help smiling. Gerald can. Gerald worries so that Piggie does not have to. 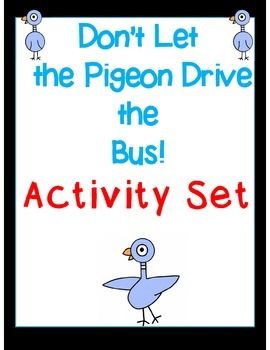 Gerald and Piggie are best friends. In I'm a frog! Piggie has some ribbiting news!

Can Gerald make the leap required to accept Piggie's new identity? While Batman is busy fighting crime on the mean streets of Gotham, it's up to us to keep an eye on the Batmobile. The only problem? Should we let him?

Pigeon runs through a series of emotions while attempting to thwart his old nemesis, the bus driver. Pigeon wishes he could drive a bus, train, and airplane and then a little duckling tells Pigeon about something that "goes" without wheels.

Do YOU think he should go? Why does the Pigeon have to go to school? He already knows everything! And what if he doesn't like it?

What if the teacher doesn't like him? Young readers first met the Pigeon, a beleaguered bird desperate for a shot behind the wheel of a bus, in Don't Let the Pigeon Drive the Bus! But did you know the Pigeon was born many years earlier in the pages of a sketchbook? In Don't Pigeonhole Me! Two Decades of the Mo Willems Sketchbook, readers are given a rare glimpse into the mind of the man the New York Times described as "The biggest new talent to emerge thus far in the '00s.

Don't Let Pigeon Drive The Bus: Concepts of 10 and Some More

In the early s, he started self-publishing collections of his drawings, and The Mo Willems Sketchbook was created. What began as a calling card for his work has morphed over the years from a form of therapy, to an opportunity to explore and experiment, to a gift for friends and loved ones.

But these sketchbooks have always been and continue to be the well from which Mo draws ideas and inspiration. Featuring a foreword by Eric Carle and an introduction by Mo, this volume includes all twenty sketchbooks from the last two decades. Don't Pigeonhole Me!

Most Mo. Want to know where ideas come from? Look inside. Big Book Edition. Don't let the pigeon drive the bus. Don't Let the Republican Drive the Bus!

The Pigeon Needs a Bath! Eat Your Peas.

We Are in a Book! An Elephant and Piggie Book.

The Pigeon Finds a Hot Dog! The Pigeon Wants a Puppy! It's a Busload of Pigeon Books! I'm a Frog! Don't Let the Penguin Drive the Batmobile. The Pigeon Has Feelings, Too!