Burke has begun to renovate their new home, and Leslie is spending lots of time helping him. 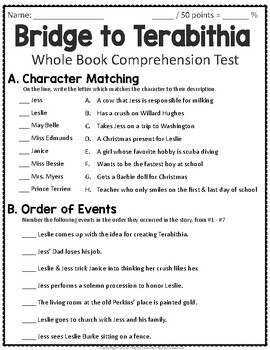 She is thrilled by the chance to spend so much time with him and get to know him better; she tells Jess that she is learning to "understand" her father. Jess, on the other hand, is lonely, miserable, and jealous. He feels abandoned, and cannot understand the relationship between Leslie and her father, which is so different from his relationship with his own father.

Each time she calls him "Bill" rather than "Dad" he tenses up, and he does not understand why anyone would ever want or need to "understand" one's parents. He sees children as being in one world, adults in another, and he resents what he perceives to be the dimming of his own friendship with Leslie as her friendship with her father grows. 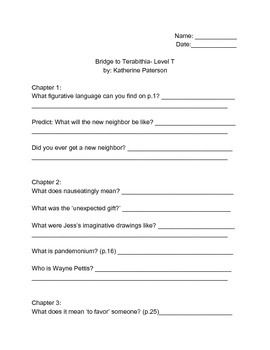 Things go on like this for quite awhile, until Leslie finally notices and confronts him about it. Then she clears the whole matter up by suggesting that he help her and her father renovate the house.

That is all Jess needs to feel included once more, and he immediately takes her up on her offer. The Burke house, though, is strange to Jess. Leslie's parents insist that he call them "Bill" and "Judy," which is a strain for him. 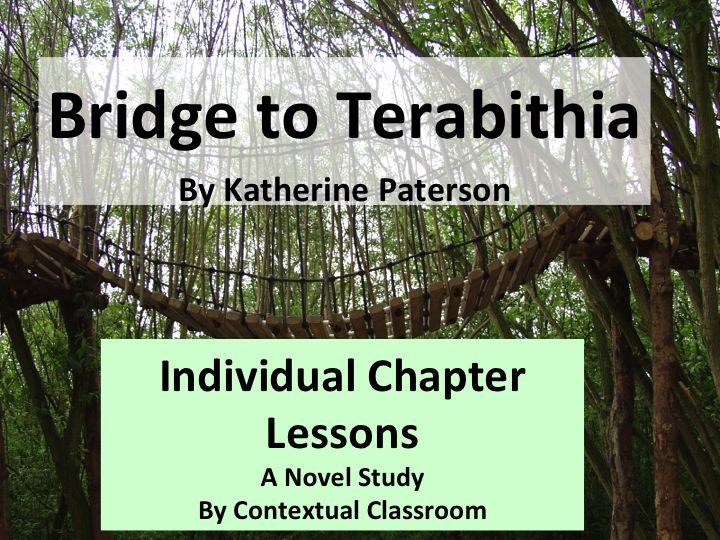 They are extremely well educated and intellectual. Both are writers, Mrs.

Burke writes novels and Mr. Burke political commentary, and their intelligence shines through their every action. Yet Jess is full of practical knowledge that is truly useful to Mr. Burke in his renovation, so that Jess is able to enjoy his time at the Burkes' without feeling superfluous or like a nuisance.

The chapter's title comes from their renovation of the living room, which they paint gold. The results are spectacular, and Jess has a moment of fear when Leslie says of it "It is worthy to be in a palace.

For the first time, in this chapter, Paterson describes one of the games they play in Terabithia. She has described their play there in abstract terms before, but now she tells us of a scene they act out when they return to Terabithia for the first time in almost a month, after redoing the house.

Enemies have besieged the kingdom in their absence, and they must fight them off. After their victory, they go to the pine grove to thank the Spirits. Leslie's language is dignified and queenly, Jess is considerably less so, but neither one of them seems to find anything lacking in his manner, or in the game itself. Several days later at school, Leslie comes out of the bathroom with a startling revelation.

Janice Avery is sitting in one of the stalls, crying. Leslie initially seems to view this simply as an interesting occurrence, but Jess convinces her that they have to try to help her. Leslie refuses at first, but when Jess asks her if she is scared and she goes in to talk to Janice. The bell rings, and Jess has to leave before he can find out what has happened.

He does not have a chance to talk to her until after school that day, when they are in Terabithia together. Leslie tells him that Janice's father beats her, severely and regularly, the sort of beatings they imprison people for.

That day, she had been so furious with her father that she had told her two best friends about it. Those friends had proceeded to blab it all over the school. 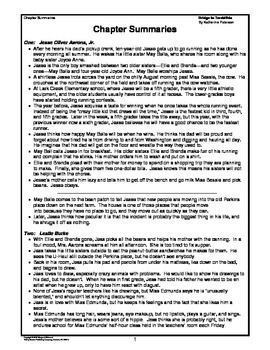 This is a terrible thing to have happen, because one of the cardinal rules of life at Lark Creek Elementary is that you do not take home problems to school with you. In telling her friends about the beatings, Janice had betrayed her father, in the eyes of her schoolmates, and they had all be able to laugh at her from now on. Leslie had tried to comfort Janice as best she could, telling her about how she had been made fun of for not having a television.

Leslie tells her to pretend she did not know what her friends were talking about when they spread the story, and that everyone would forget about it in a week. This seemed to make Janice feel a lot better, and had made her sort of dubious friends with Leslie.

Leslie is happy about this, proudly telling Jess that thanks to him, she now has one and one-half friends at Lark Creek Elementary.

Bridge to Terabithia Chapter 7 and 8