Book After Beyond The Dark Portal

Check the book if it available for your country and user who already subscribe will have full access all free books from the library source. The aging orc shaman Ner'zhul has seized control of the Horde and reopened the Dark Portal. His brutal warriors once again encroach upon Azeroth, laying siege to the newly constructed stronghold of Nethergarde Keep. There, the archmage Khadgar and the Alliance commander, Turalyon, lead humanity and its elven and dwarven allies in fighting this new invasion.

Even so, disturbing questions arise. Khadgar learns of orcish incursions farther abroad: small groups of orcs who seem to pursue a goal other than simple conquest. Worse yet, black dragons have been sighted as well, and they appear to be aiding the orcs.

Beyond the Dark Portal

To counter Ner'zhul's dark schemes, the Alliance must now invade the orcs' ruined homeworld of Draenor. Can Khadgar and his companions stop the nefarious shaman in time to stave off the destruction of two worlds? 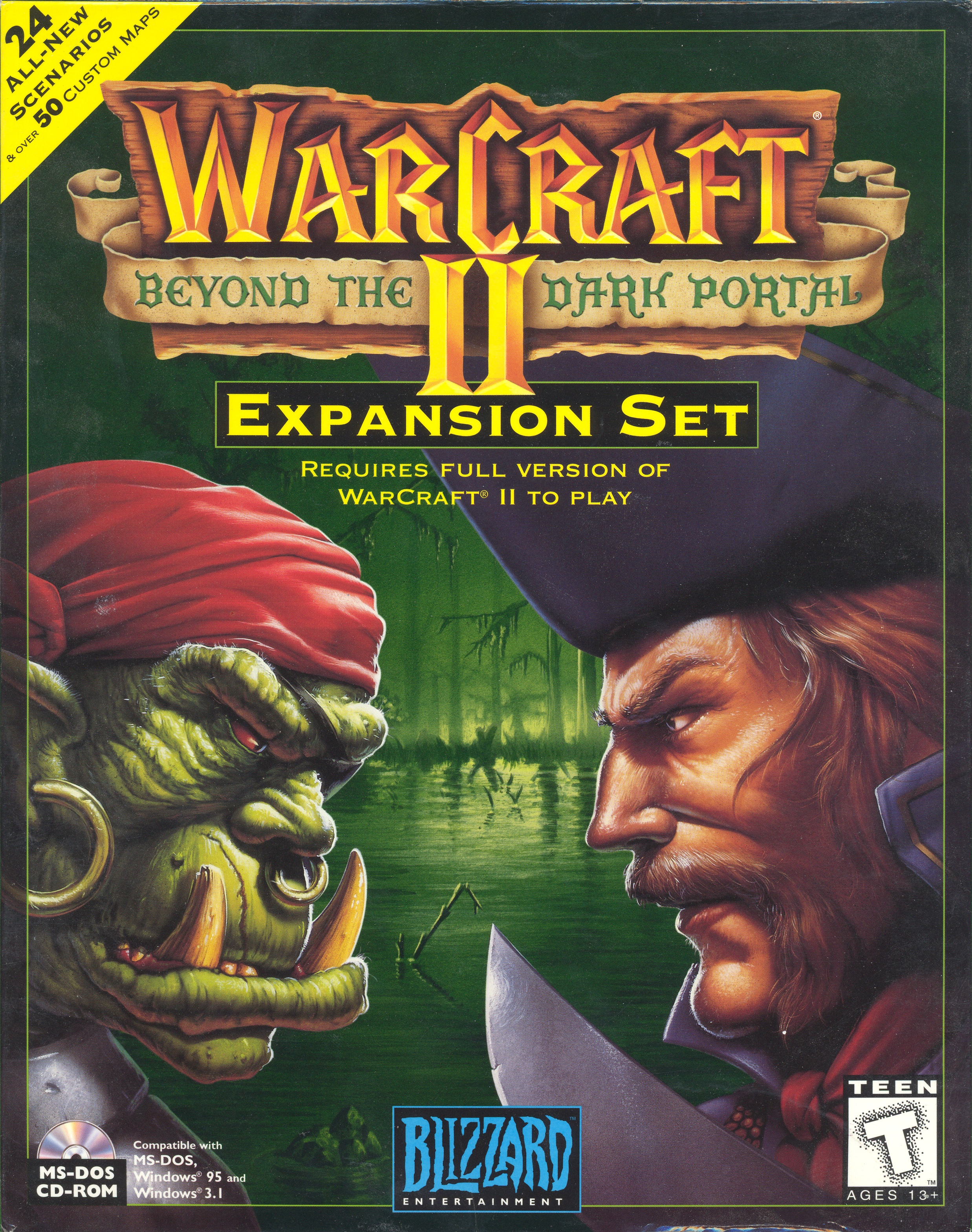 Over the eons, an endless struggle between the forces of order and chaos has shaped the world of Azeroth and its inhabitants. Rise of the Horde: Before the savage orcs began their rampage across Azeroth, they were a proud shamanic race native to the world of Draenor.

But the foul demonic magic that granted the Horde its immense strength began consuming the orcs from within, ultimately threatening to destroy everything that they once were.

The Last Guardian: Long ago a group of magi known as the Council of Tirisfal was formed to fight a secret war against the sinister demons of the Burning Legion. Medivh was one such Guardian of Tirisfal, and he was expected to be the greatest who had ever lived.

World of Warcraft: Beyond the dark portal, book summary

Yet he was destined to follow a much darker path. From the ashes of this terrible defeat, however, hope emerged. Anduin Lothar, Champion of Stormwind, rallied the survivors of his ruined homeland and valiantly led them to Lordaeron in the hopes of uniting the human nations into a mighty Alliance that could stand against the Horde and its ruthless new leader, Orgrim Doomhammer.

The orcs, however, did not abandon their lust for war. Even more unsettling was that small bands of orcs intent on something other than mere conquest began scouring Azeroth for powerful artifacts desired by their sinister leader.

With this expansion disk to WarCraft II: Tides of Darkness, players can extend their WarCraft experience as they delve into the Orcs homeland for the first time to experience an entirely new set of challenges.

Players can compete in head-to-head battles against as many as eight players. Traces the downfall of a beloved peacekeeper who is pushed to a breaking point by an inconceivable horror that changes her in irrevocable, ethics-testing ways.

Night elf high priestess Tyrande Whisperwind receives a vision about a reluctant human king of Stormwind, who resists an alliance with the worgen to combat the warchief Garrosh Hellscream. This dilemma has hit Kalecgos, youngest of the former Dragon Aspects, especially hard. Having lost his great powers, how can he—or any of his kind—still make a difference in the world?

The answer lies in the distant past, when savage beasts called proto-dragons ruled the skies. Through a mysterious artifact found near the heart of Northrend, Kalecgos witnesses this violent era and the shocking history of the original Aspects: Alexstrasza, Ysera, Malygos, Neltharion, and Nozdormu. In their most primitive forms, the future protectors of Azeroth must stand united against Galakrond, a bloodthirsty creature that threatens the existence of their race.

But did these mere proto-dragons face such a horrific adversary alone, or did an outside force help them? Were they given the strength they would become legendary for… or did they earn it with blood? A player's omnibus of four original tales traces the game's backstory, from the arrival of the Burning Legion demonic army on the diverse world of Azeroth to the ongoing battle for supremacy between warring kingdoms, in a compendium that includes the titles, Day of the Dragon, Lord of the Clans, The Last Guardian, and Blood and Honor.

It was caught in a hovering, jagged chunk of ice, the runes that ran the length of its blade glowing a cool blue. Below it was a dais of some sort, standing on a large gently raised mound that was covered in a dusting of snow. A soft light, coming from somewhere high above where the cavern was open to daylight, shone down on the runeblade.

The icy prison hid some details of the sword's shape and form, exaggerated others. It was revealed and concealed at the same time, and all the more tempting, like a new lover imperfectly glimpsed through a gauzy curtain. Arthas knew the blade -- it was the selfsame sword he had seen in his dream when he first arrived. The sword that had not killed Invincible, but that had brought him back healed and healthy. He'd thought it a good omen then, but now he knew it was a true sign.

This was what he had come to find. This sword would change everything. Arthas stared raptly at it, his hands almost physically aching to grasp it, his fingers to wrap themselves around the hilt, his arms to feel the weapon swinging smoothly in the blow that would end Mal'Ganis, end the torment he had visited upon the people of Lordaeron, end this lust for revenge.

Drawn, he stepped forward. The uncanny elemental spirit drew its icy sword. Lord of the undead Scourge, wielder of the runeblade Frostmourne, and enemy of the free peoples of Azeroth. The Lich King is an entity of incalculable power and unparalleled malice -- his icy soul utterly consumed by his plans to destroy all life on the World of Warcraft.

But it was not always so. Long before his soul was fused with that of the orc shaman Ner'zhul, the Lich King was Arthas Menethil, crown prince of Lordaeron and faithful paladin of the Silver Hand.

When a plague of undeath threatened all that he loved, Arthas was driven to pursue an ill-fated quest for a runeblade powerful enough to save his homeland. Yet the object of his search would exact a heavy price from its new master, beginning a horrifying descent into damnation.

Arthas's path would lead him through the arctic northern wastes toward the Frozen Throne, where he would face, at long last, the darkest of destinies. Now he is determined to conquer the rest of Azeroth so that his people will once again have a home of their own in the There, with the aid of the noble King Terenas, he forges a mighty Alliance with the other human nations. But even that may not be enough to stop the Horde's merciless onslaught. Elves, dwarves, and trolls enter the fray as the two emerging factions vie for dominance.

Will the valiant Alliance prevail, or will the Horde's tide of darkness consume the last vestiges of freedom on Azeroth? Offers an illustrated, in-depth look at the history and mythology of the World of Warcraft game universe.

Beyond the Dark Portal

The peaceful realm of Azeroth stands on the brink of war as its civilization faces a fearsome race of invaders: Orc warriors fleeing their dying home to colonize another. As a portal opens to connect the two worlds, one army faces destruction and the other faces extinction. From opposing sides, two heroes are set on a collision course that will decide the fate of their family, their people, and their home.

So begins a spectacular saga of power and sacrifice in which war has many faces and everyone fights for something. Filled with stunning concept art, unit photography, and visual effects breakdowns, this book also features insightful interviews with the incredible cast and crew, as they share the secrets behind bringing war-torn Azeroth to life. The movie premieres June 10, Grim Batol: its dark legacy stretches back into the mists of Azeroth's past.

But most know it as the site of a terrible tragedy -- where the vile orcs corrupted the hatchlings of the noble Dragonqueen, Alexstrasza, and used them as weapons of war. 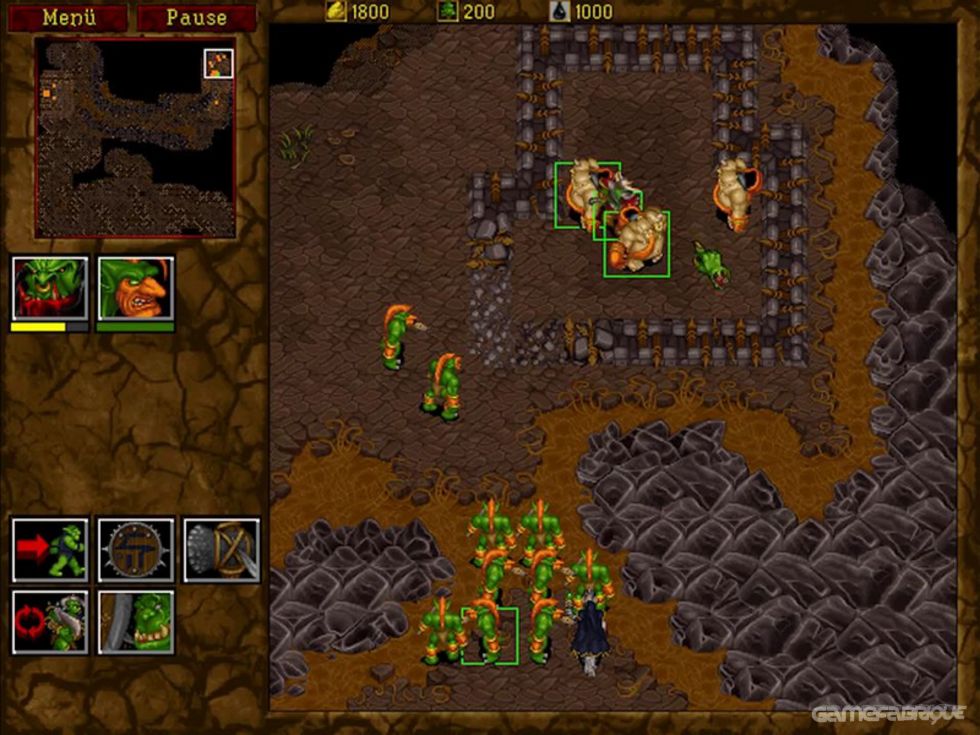 Though a band of heroes, led by the enigmatic mage, Krasus, defeated the orcs and freed the captive dragons, the cursed mountain stands as another ravaged landmark within the Determined this time to confront this evil by himself, he is unaware of the quests that will draw others to Grim Batol and reveal the monstrous truth that could not only herald their deaths, but usher in a terrible new age of darkness and destruction.

A tale set in the aftermath of tyrannical orc Garrosh Hellscream's defeat finds his trial in Pandaria complicated by old grievances and mounting suspicions.

Traces the aftermath of Cataclysm-induced disasters through Azeroth, where an all-out war erupts between the Horde and Alliance and threatens to consume both factions. Medivh, a powerful wizard and warrior, is torn between the forces of light and dark as he struggles to fulfill his destiny and make a choice between good and evil, a decision that could seal the fate of his entire world.

The Burning Legion has been defeated, and eastern regions of Kalimdor are now shared by two nations: the orcs of Durotar, led by their noble Warchief, Thrall; and the humans of Theramore, led by one of the most powerful mages alive -- Lady Jaina Proudmoore.

But the tentative peace between orcs and humans is suddenly crumbling. Random attacks against Durotar's holdings suggest that the humans have renewed their aggression toward the orcs.

Now Jaina and Thrall must avert disaster before old hatreds are rekindled -- and Kalimdor is plunged into another devastating war. Jaina's search to uncover the truth behind the attacks leads her to a shocking revelation. Her encounter with a legendary, long-lost wizard will challenge everything that she believes and illuminate the secret history of the world of In the final, apocalyptic chapter of this epic trilogy, the dragon-mage Krasus and the young druid Malfurion must risk everything to save Azeroth from utter destruction.

Banding together the dwarves, tauren and furbolg races, the heroes hope to spark an alliance to stand against the might of the Burning Legion.

For if the Demon Soul should fall into the Legion's hands, all hope for the world will be lost. This then, is the hour Though their soldiers form a unified front on the battlefield, both the Alliance and the Horde include diverse races and nations within their ranks. Each of those nations has at its helm a leader of heroism and legend. Their actions and decisions shape Azeroth and forge its destiny. They inspire loyalty and loathing, fervor and fear, sometimes all from their own people.

What do these heroes do when faced with conflict and strife? How do they handle the tremendous responsibility of guiding their armies and citizens on the front line and at home? In this anthology of sixteen short stories, each champion finds his or her own answers to these questions. Read their tales and learn what makes them who they are today—learn what makes them paragons.

All Rights Reserved. World of Warcraft: Beyond the Dark Portal.

Book after beyond the dark portal