I'm so tired , you have no idea, I can't do another damned job tonight—". Suga groans against the tabletop; he's sprawled across it horizontally, as if that will make him seem more pathetic. Well, it probably does, but Kiyoko famously is the most unyielding person he knows. Others could call her a cold bitch, and maybe she could be one, if she weren't so horrifically and quietly devoted to people and causes. Just, like, two of them. 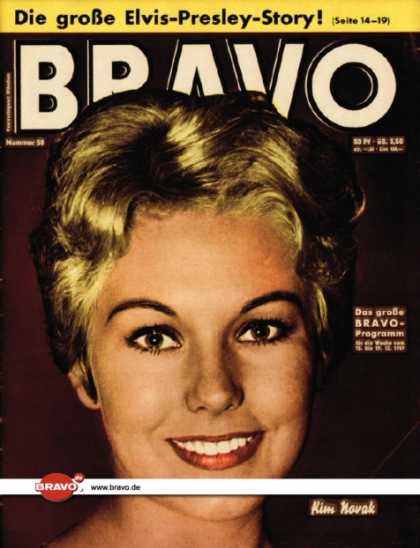 Suga may be one of the two. She walks around his outstretched arms, ignoring his whine, and rummages around in a cabinet. She pulls out a mason jar of something greenish and opaque. Suga narrows his eyes in suspicion when she opens it and offers it to him.

You won't be so tired," she tells him tonelessly and Suga wants, so badly, to go back to thinking she's a cold-hearted tyrant. But god, Kiyoko is giving him one of her homemade concoctions, free, just so he'll feel better. He wants to cry. Partially because he's touched, mostly because he's still so goddamn tired. Magic isn't a cure-all, especially for him. But Suga drinks it. It somehow tastes even worse than it smells and he wants to immediately throw it back up, but he's gotten good at fighting his gag reflex through the years of doing supernatural clean-up jobs.

He has to, when everything smells like blood or shit or rot or puke or if he's especially lucky, all of them. The jar's about halfway empty already. His throat feels coated in something thick and unpleasant, and whatever the green stuff was, it sits like lead in his stomach.

But the potion's already forcing feeling back into his fingers and toes, and while he still feels like it's half a bottle of cheap vodka in his stomach, Suga does feel better. Which should say a lot for his condition. He hates how he can hear the sympathy in her tone. It wasn't a call-in. Suga rolls over onto his back so he can look up at her.

He's about boob-height, however, and immediately regrets his decision. Kiyoko stares impassively down at his red cheeks. Investigate that. I know the person will be at this address tonight, since he'll be going for a walk, and it's the best chance you have at figuring out what's going on and guiding the spirit toward peace.

Ah, yes, Peace. Fucking Peace. Peace is the other cause Kiyoko is hopelessly devoted towards, and Suga knows arguing with her is a lost cause. So he pushes himself off the table, tries not to puke, and grabs his bag from the post by the door. Spirits are easy. At least, he trusts Kiyoko to be a good judge of them. She's the best psychic he knows, which, admittedly, is all of three people, but she's very thorough and has good intuition. The night is foggy, the horror movie kind of fog, and Suga pulls his coat tighter around himself while he waits for the poor sap to walk by.

The streetlights are hazy overhead, blotches of softened light, and really, he shouldn't be out in such fog. No one should. He wants to go home, curl up with Sunshine, and sleep for twenty hours.

It's getting late and he's worried about missing this guy in the thick fog when he hears someone approaching from behind. Suga whirls around, narrowly avoiding hitting himself in the face with his own scarf, and finds two figures in the fog.

The normal figure seems to be a teenage boy, pathetically dressed considering the chill and damp weather, messy-haired and freckled. The figure behind him looks like one of the streetlights in human form; it's glowing, gold, light diffused by the fog and making it seem actually very pretty.

Suga would have thought angel if he couldn't smell the gross ghost smell from there. The teenager jumps like a startled cat. Suga instantly feels the spirit's attention on him. He steps over to them, eyes raking over the spirit, which certainly doesn't look like a human spirit. The spirit behind him bristles at Suga. My phone's dead, and with all of this fog, I've gotten turned around, and I'm a little lost," he says with a cheery smile plastered on his face, but his eyes are on the spirit.

Its glow dampens a little when it seems to realize that Suga can see it. The spirit touches the boy's shoulder and Suga lurches toward him on reflex. The boy doesn't notice, doesn't react at all, except for digging around in his pocket. Let me boot up my GPS…". Suga drops his hand at the same time the spirit does. They regard each other over the boy's shoulder. He begins to think he's figured out what's going on, but he doesn't like it. A regular haunting would be easier.

And safer. Suga reaches over and grabs the spirit. The gold glow falls away like water, revealing a far more human-looking spirit underneath. It's a boy, too, looking like a teenager—Suga's heart clenches—but with blond hair and glasses and the most affronted expression he's ever seen on a ghost.

The blond spirit glares at him and starts up its—his—gold glow again. Suga reaches for him again, to dispel it, but he jerks back with a silent snarl.

Suga is so tired , ugh. He groans and gropes around in his beat-up messenger bag, until he finds a paper envelope. He knew he was forgetting something, but the boy is quiet and he's so shocked to see such a young spirit acting like that, but this was a dumb mistake.

He rips the paper open and blows the powder inside at the freckled boy. His eyelids flutter. 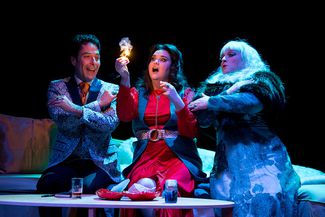 Kiyoko's own sleep soot powder, ninety-eight percent effective. The boy crumples, but the spirit catches him—actually keeps him upright, and the messy-haired boy manages to shake himself awake again. Before the freckled teen poor soul, having to put up with all of this can fully wake up again, Suga draws a ward on the space between them and commands, " Sleep.

The drain is instantaneous.

His knees wobble and he stumbles forward, shit , but the boy is unconscious and he's free to confront the spirit openly.

Except the world tilts, already out of focus because of the fog, and Suga's last thought before he passes out is oh god I fucked up Kiyoko's going to kill me for wasting her magic potion. He glimpses the would-be luck spirit leaning over him before his eyes slide shut.

God, he sounds so pleased with himself.

Suga himself feels like he has the world's worst hangover. Tooru knows that, too, which is why he's making a racket in his kitchen, banging pots and clinking glasses together. Maybe he's finally fucking died. She doesn't sound particularly disappointed or angry, but Suga pulls the blanket up over his head and hides from her anyway. He's definitely in hell.

It's one thing to deal with Tooru and his noise, and another to deal with Kiyoko after he's messed up a job, but together? His hands are numb, he can't feel anything below his knees, he's terrifyingly cold all over, and frankly, he's not sure his heart is still beating.

He wants to sleep for a week straight. He hopes she means tea. Hell, he'd take that disgusting green concoction again over what he knows is coming.

He has a teapot that Suga knows doesn't house tea inside. He definitely wants to cry. He regrets ever giving either of them access to his research. He has a lot of very useful, very specific voices and facial expressions.

He's doing a pretty good job so far, because the kid was still awake after Kiyoko's sleep soot. The drink steams, and it's not from the heat.

Suga can practically taste the magic in the air, and it's not the pleasant kind that she normally works with. Kiyoko nods seriously and takes another sip of her own tea. Suga watches the movement, jealous.

Suga fixes him with his best glare. At least he doesn't laugh at him for it. He recites formulas and spells in his mind as he picks up the cup with trembling fingers. Anything to distract himself.